Three visualisations provide an overview of the Et dukkehjem (A Doll’s House) data set by showing distribution by venue, events by year, and contributors by artistic function. A time-map shows the trajectories of actresses playing Nora in three or more countries.

A venue is defined in IbsenStage as a place where an event happens: typically, a theatre building located at a street address or identified by geographical coordinates. Some of the venues marked on these maps have presented numerous productions of Et dukkehjem. For instance, in Germany the Thalia Theater has produced the play twenty-three times over a period of 133 years, and the Düsseldorfer Schauspielhaus has produced the play fifteen times over 108 years. 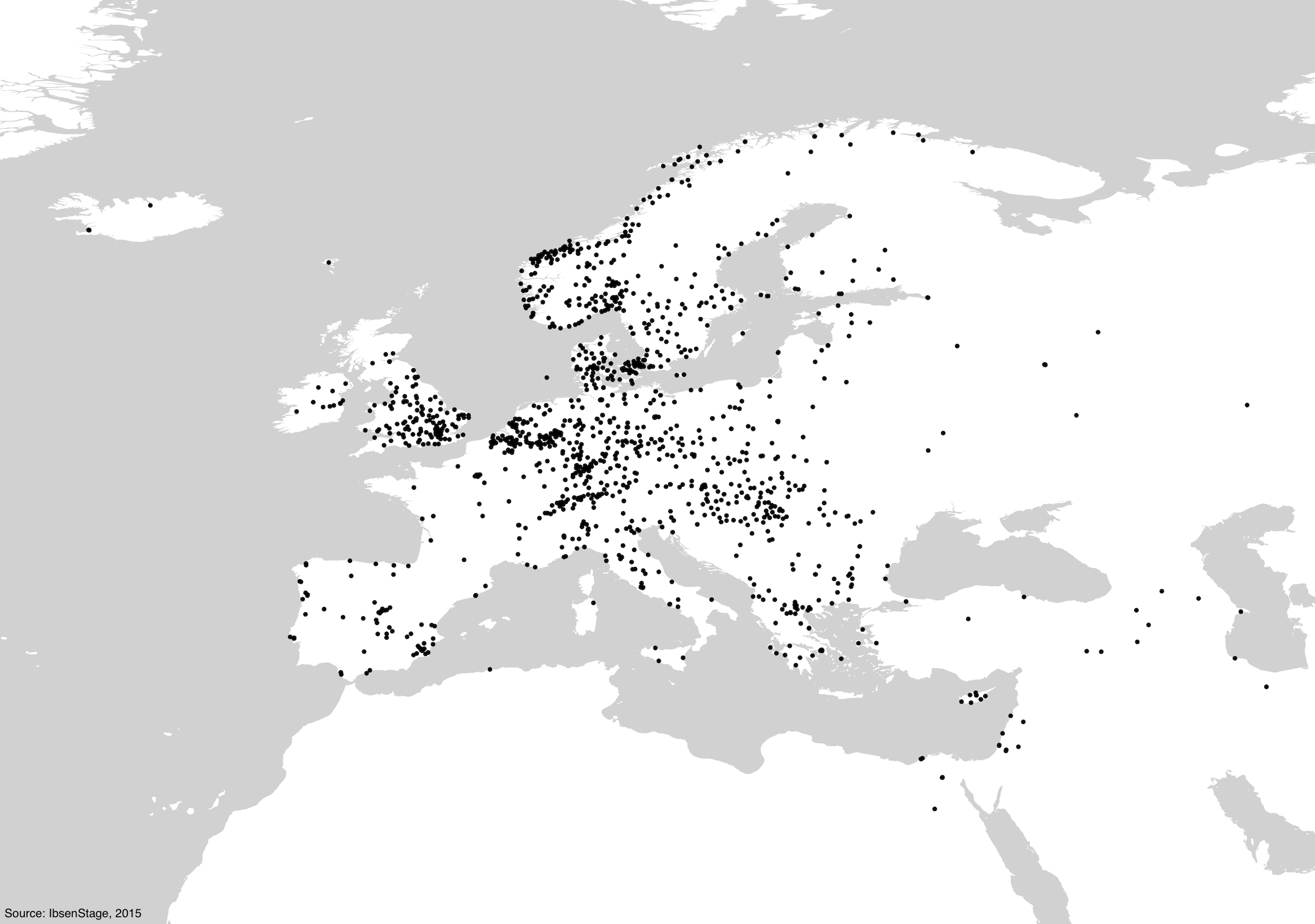 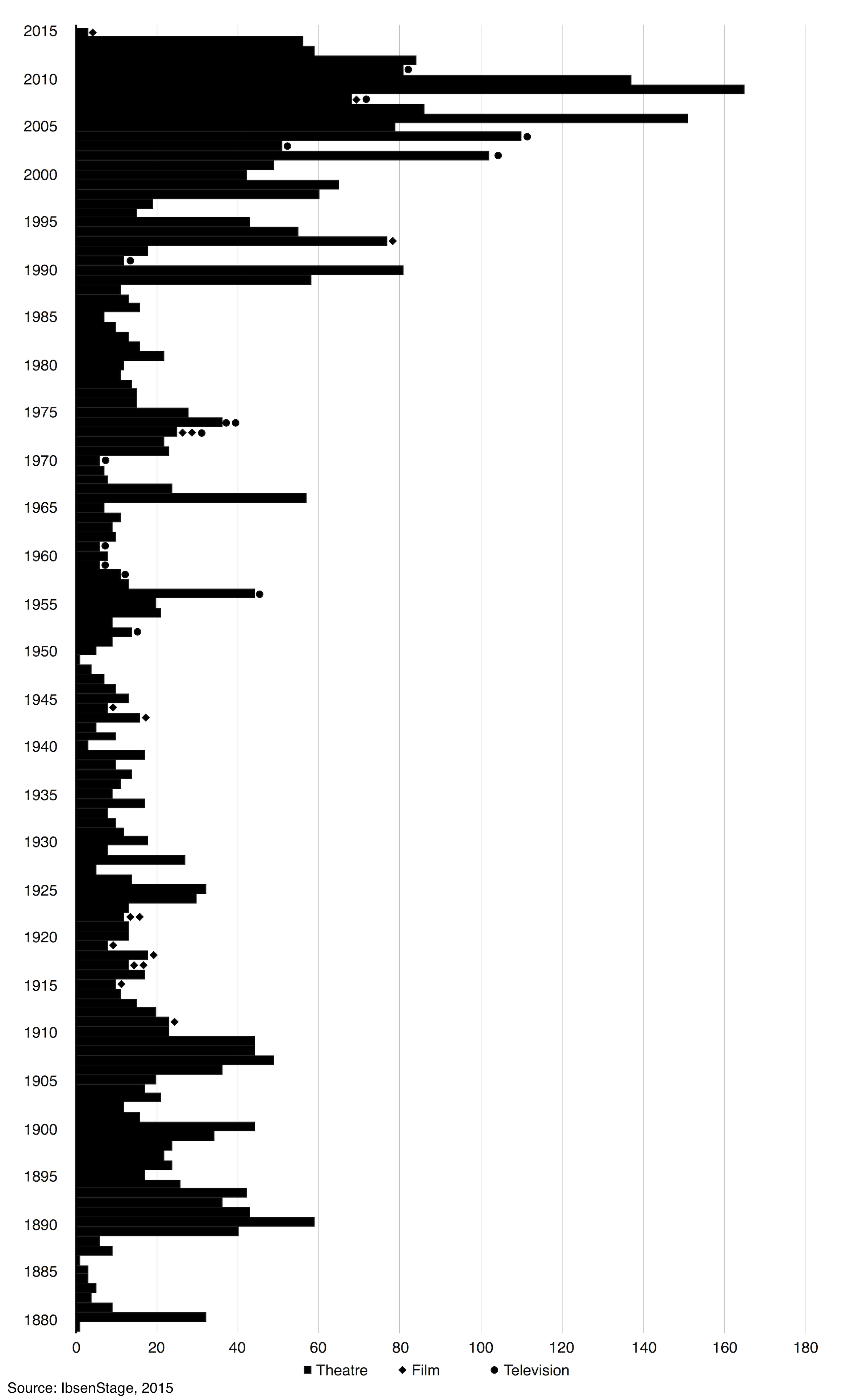 Contributors to Et dukkehjem by artistic function, 1879-2015, as recorded in performance credits

IbsenStage defines contributors as individuals who contribute in some capacity – actors, directors, designers, producers, writers, and so on – to the conception, production, or presentation of an event. 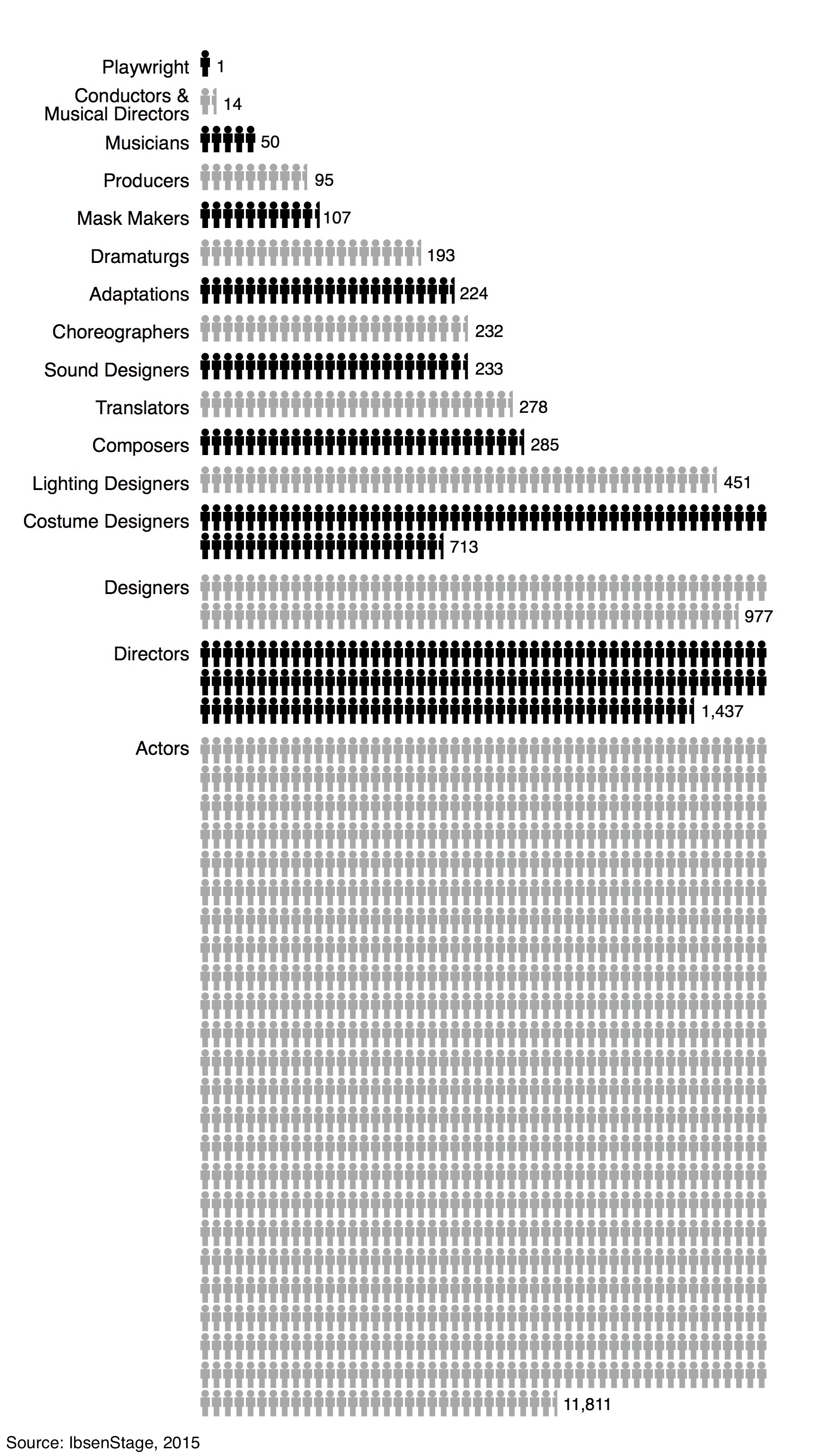 This time-map shows the trajectories of actresses playing Nora in three or more countries. 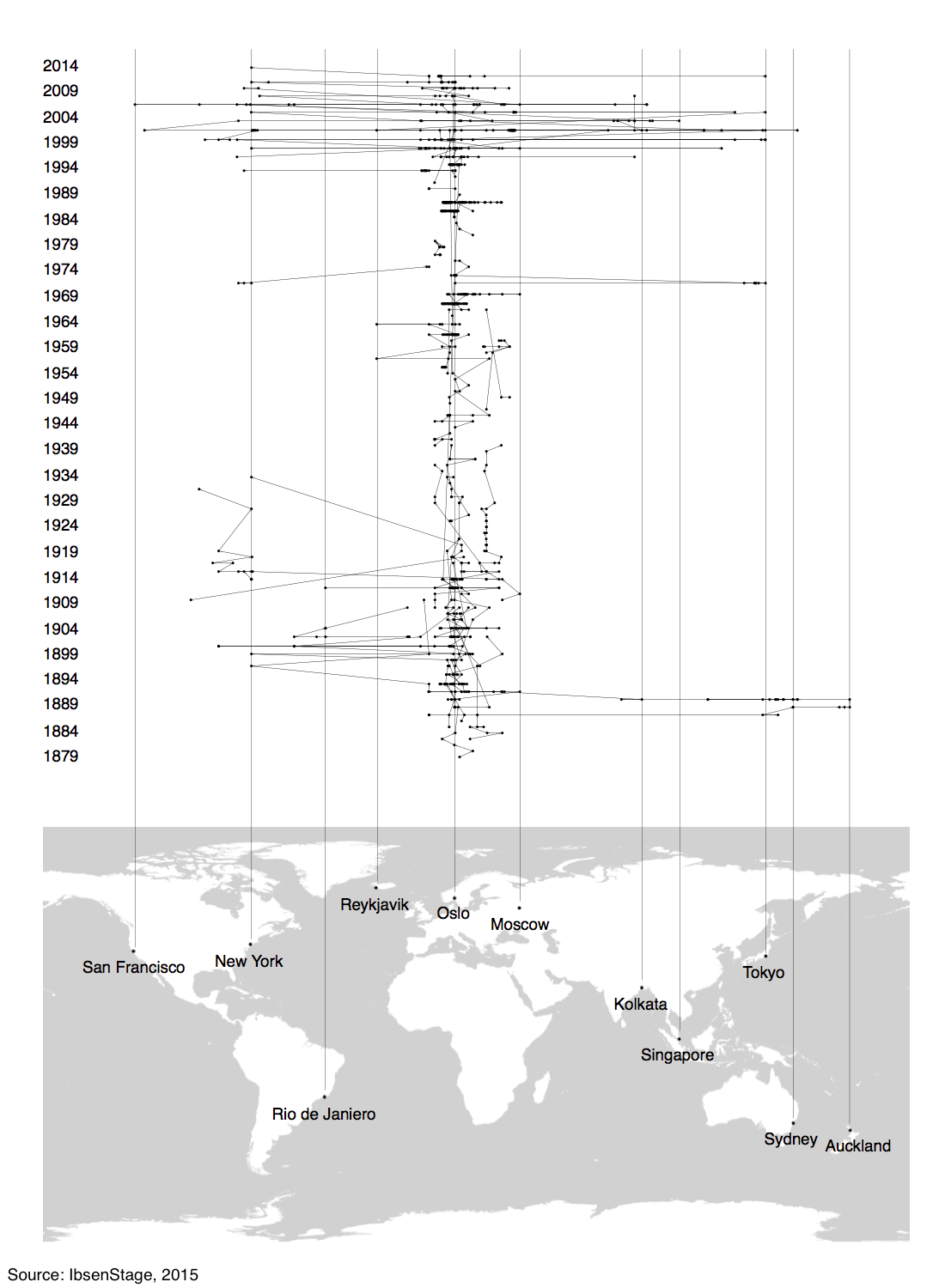